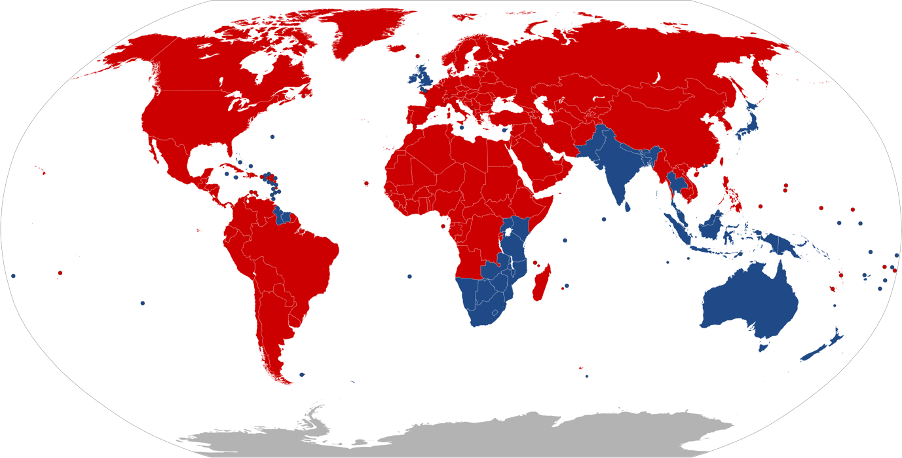 Ethiopia follows the Right-Hand Traffic rule (red coloured on map above. Left hand traffic coloured in blue), just like 70% of the world’s countries and territories. Right-hand traffic (RHT) is the practice of keeping to the right side of the road, in bidirectional traffic. The steering wheels of the cars in Ethiopia are located on the left-hand side, and they are known as left-hand drive (LHD) vehicles. The driver here sits on the left side of the car, and roundabouts work in counterclockwise direction. 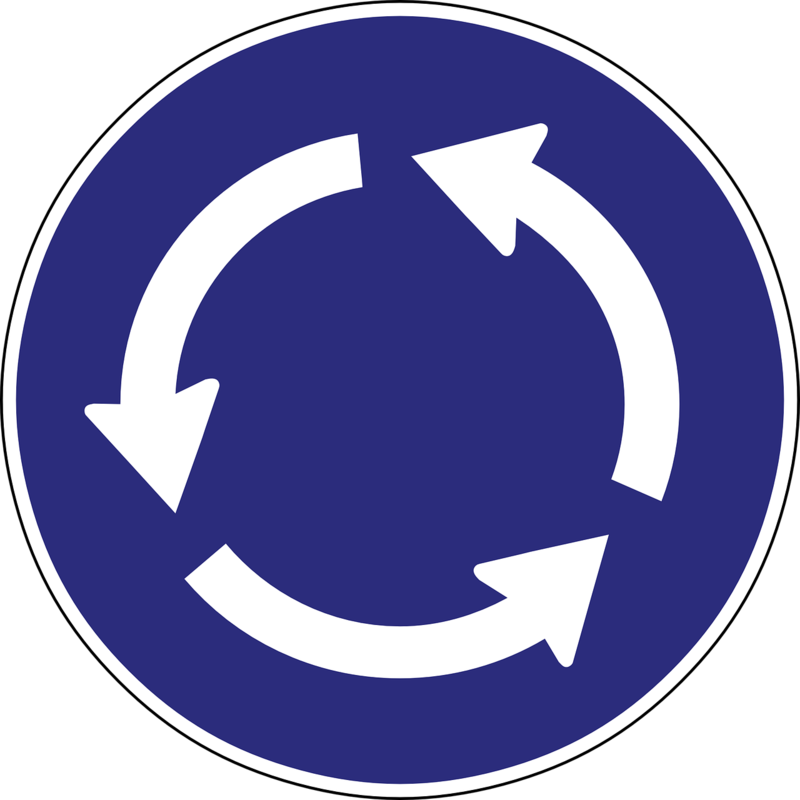 In ancient times, all traffic used to follow the Left-hand traffic rule. Most people, being right-handed, found it easier to mount their horses from the left. It made sense to climb from the side of the road rather than from the middle, hence they chose the left-hand rule. At the same time, the right hand would be free for greetings or for defense (by holding a sword).

However, when Napoleon came to power, he began changing the left-hand rule to right-hand to suit his own requirements. He being left-handed, preferred to stay on the right side of the road with his sword braced in his left-hand, ready for attack or defense. So he introduced the right-hand system in countries or territories he conquered.

The French Revolution also contributed to popularizing the right-hand rule. The farmers in France were earlier forced to travel on the right side of the road while the aristocrat travelled on the left side. Post the revolution, travelling on the right side became a symbol of freedom that quickly spread to other European countries. 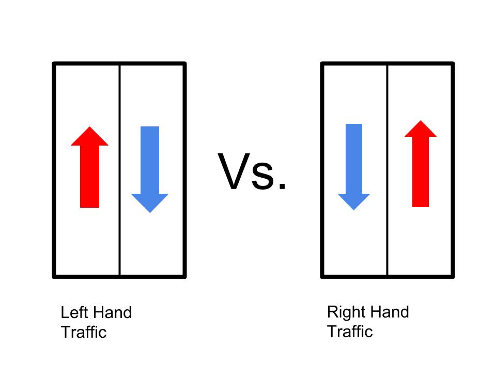 Here is a list of countries for both RHT and LHT in Africa.